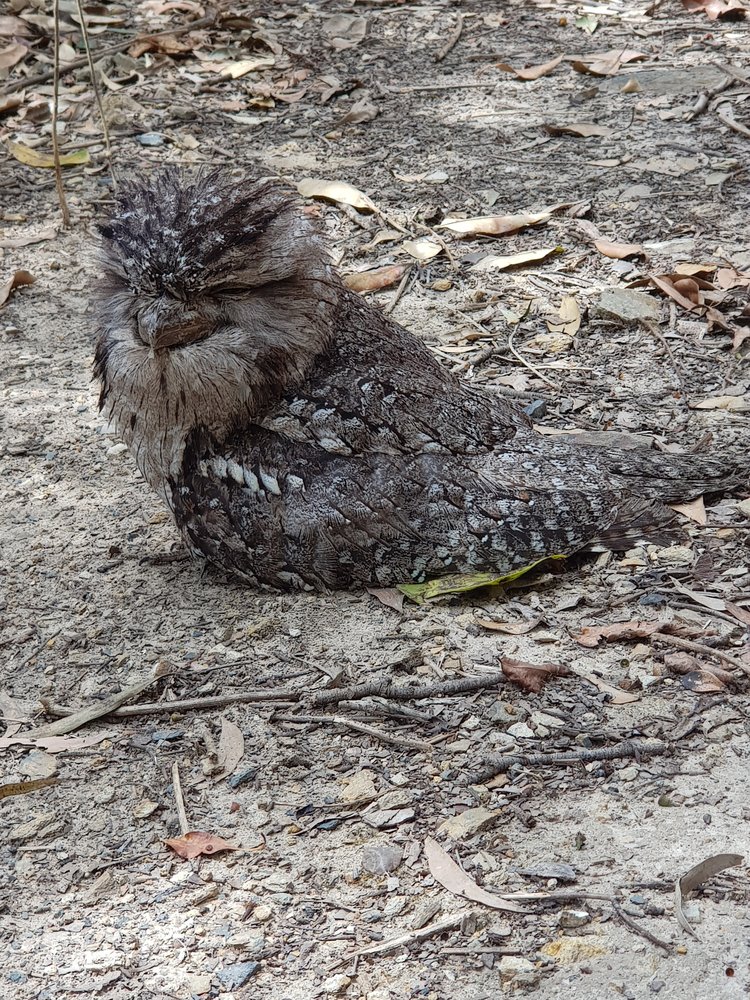 Written by Kyra, our Nature Warrior.

Today was without a doubt a remarkable day of learning for both the children and myself. From the large gate at the bottom of the Waratah yard April pointed out something she had spotted on the bush trail.

I honestly did not expect to find what April was pointing out…A Tawny Frogmouth. I called the rest of the Waratah children to the fence line and announced that there was a bird in the bush space. I was so proud of the response of the children, whilst excited they were also very considerate. I heard lots of “SSSShhhhhh we might scare it” and “Move slow or it could fly away” coming from the group. We stood watching the bird for a few minutes and the children were working together to help others by pointing out where it was.

I explained to the children that the bird may be hurt and I would like to go and check on it. Tobias told me to be careful not to get hurt, such a wonderful caring quality he showed. I was very careful and approached the beautiful bird, wrapped it up and popped it in a large box. I called Currumbin Wildlife Hospital who sent out an animal ambulance to take the bird for a check up. Lyn and Shane the CWS volunteers asked if the children would like to take a look at the bird. Of course my response was yes, after all there aren’t many opportunities for such an amazing opportunity for learning and conversation.

The children were all very quiet and considerate of the bird. They were very concerned it may have hurt it’s wing. Addison asked if they bite and Lyn said “not often, they are very placid birds” (as she patted it on the back of the neck.).

To listen to the children talk about the bird’s features, environment and care was wonderful. They were naturally very observant and inquisitive which lead to bigger conversations with their peers.

What an amazing property we have with such an array of wildlife and what a spectacular group of children who showed their greatness in so many ways today.